Science says you can actually train your brain with mindfulness

Consistently practising mindfulness can have a huge impact on your thoughts, feelings and behaviour – because it can literally change your brain. But how does that work from a scientific point of view? This is what mindfulness does to your brain…

Consistently practising mindfulness can have a huge impact on your thoughts, feelings and behaviour – because it can literally change your brain. But how does that work from a scientific point of view? This is what mindfulness does to your brain…

What mindfulness does to your brain

The principle of neurogenesis, which tells us that even the adult brain is capable of creating new neurons, was only discovered a couple of decades ago. Neurogenesis is closely linked to neuroplasticity; the brain’s capacity to continuously adapt and rearrange neural connections based on experiences.

The plasticity or malleability of our brain enables us to learn new skills, bring an end to bad habits, adapt to new circumstances and environments, and even recover from serious trauma and damage. Each new experience or challenge, from learning a new language to finding your way in a recently renovated supermarket, works as a catalyst and stimulates your brain to restructure synaptic connections. If you do something very often, the connections needed to do it become stronger. Repetition is how we turn behaviour into a second nature. Take riding a bike, for example. In the beginning, when you were young, this was an exciting challenge. Now it’s a habit you’re probably not even thinking about.

While your brain is automatically creating new neural pathways, it is possible to gain a certain control over this process – using mindfulness. But how does that work, exactly?

When a neurologist evaluates a brain scan, he will also look at cortical thinning. You can see the brain as a stack of sheets, built up from cells, which all have been crumpled up very tightly. With young, healthy individuals, certain parts will look thicker – this is where the tissue is well-developed and healthy. As we get older and experience stress, the cortex will gradually become weaker and thinner. This degradation of the cortex explains why it is more difficult to learn new skills at a later age, and why elderly people often tend to become forgetful or absentminded. But the cortical thinning that comes with getting older, can be significantly slowed down with mindfulness training. Researchers found that the brains of people who are long-term mindfulness practitioners, do not show the typical decline at a later age; their brains look much healthier and younger.

Just like weight training is used to make specific muscles stronger, it is also possible to train specific neural connections associated with important cognitive functions, such as attention, memory and logic. One of the primary brain functions that benefit from mindfulness is our ability to focus. You can strengthen this crucial cognitive network through a standard breathing exercise; simply sitting quietly and focus on your breath for a few minutes. You don’t have to analyse or force anything. All you need to be is an objective observer of your own breathing. Any time you notice your thoughts start to wander, gently direct them back to your breath. Every time you do notice and correct your thoughts, can be compared to a mental push-up. The more mental push-ups you do, the stronger your ability to control and maintain your attention will become. Not just during a breathing exercise or mindfulness session, but throughout the entire day.

There are a lot of misconceptions about mindfulness, but the scientific proof of its benefits is clear. Regular mindfulness exercises are like training your abs. When you have a strong core, other exercises (push-ups, squats, planks) will also become easier. The cognitive network becomes stronger and gets used to being activated. With enough practise, it will eventually become second nature. Just like riding a bike. 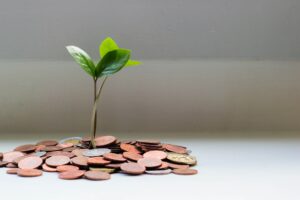 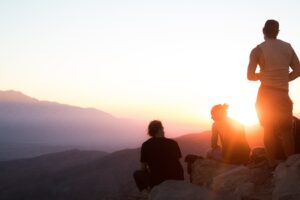 Why you should try meditating with other people  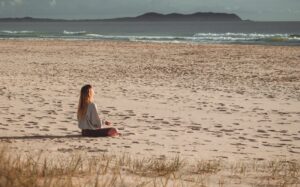 3 reasons why EVERYONE should try meditating