If you love to travel, a wellness festival may be the best way to satisfy your wanderlust. Unlike conventional music festivals, these events offer an unforgettable experience in a breathtakingly beautiful location, while giving you plenty of opportunities to explore new ways to nourish your body, mind and soul and connect with like-minded people. The hardest part might be choosing which festival you want to go to this year! To help you narrow down your options, we have listed the 6 best festivals where it feels like time stands still…

the 6 best festivals where it feels like time stands still

#1. Wanderlust
Wanderlust is a summer festival, first organized in Squaw Valley, California, in July 2009. There are now several editions in the United States as well as Canada. Wanderlust is all about celebrating mindful living. In the midst of a beautiful, natural setting, you can enjoy an impressive musical line-up as well as interesting speakers, instructors and chefs to guide to towards a mindful and inspired life, where you can cultivate the best version of yourself.

#2. Envision
Envision is a four-day festival set in Rancho La Merced, the magical place where the Pacific Ocean meets the Costa Rica jungle. The festival is a celebration dedicated to awakening your human potential, by inspiring you to participate in music, dance, performance, art, yoga, martial arts, spirituality and much, much more.

#3. Burning Man
Burning Man is not only the oldest but also the most famous festival in our list. The first edition was organized in 1986 in San Francisco. It became an annual event, lasting from the last Sunday in August to the first Monday in September, now held in the Black Rock Desert in Nevada. The festival got its name from the symbolic ritual of burning a big, wooden ‘Man’. This activity occurs on the Saturday evening of the event, as is tradition.

#4. Lucidity Festival
Lucidity is an annual, three-day festival held in Santa Barbara, California, first held in 2012. There are music stages with bands, spoken word artists, DJ’s and dancers, as well as a large vendor area. The name of the festival is inspired by lucid dreams, the concept where one is ‘awake in their dreams’. Lucidity is all about personal awakening and growth, environmental and social responsibility, and global healing.

#6. Shankra Festival
Shankra Festival is located in the beautiful Mesolcina valley in Switzerland. While its focus is on music (primarily psychedelic trance), there are plenty of other activities to participate in, such as workshops, lectures, live painting and intercultural exchanges. Shankra is a kid-friendly festival; there is even a children’s village with loads of activities to keep the little ones busy. 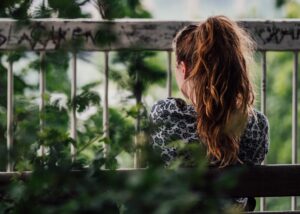 How to find comfort in solitude 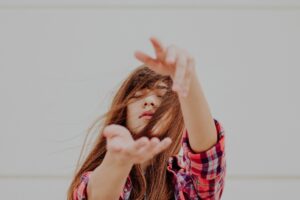 How to let go of the need for control

Exercising mindfully: How to bring more mindfulness into your workouts